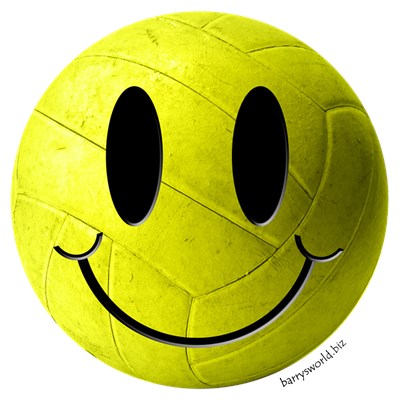 Bia Franklin was all over the court with a career-high 18 kills, 11 digs, two blocks and a service ace. It was her third double-double of the season and her 20 points tied her career mark. Vanja Bukilić added 17 kills and six digs. Laruen Witte registered 14 kills on 29 swings for a .414 attack clip with four digs.

SET 1: After swapping-out points, a pair of kills by Becca Mauer and two Iowa errors the Buckeyes ahead 14-11. The Hawkeyes made up the difference and then some with a 21-20 edge that forced Ohio State to call for time. The Buckeyes responded to tie the set at 24-all and Powell served up back-to-back aces to cap off a 26-24 winner. Bukilić had five kills on seven attempts during the opening rally
.
SET 2: Iowa broke the stalemate for a 13-11 lead, causing Ohio State to burn a timeout. The Buckeyes used the break to regroup and even up the frame at 21-21. The teams traded the next six points but Iowa took the set on a kill and OSU error, 26-24.

SET 3: Ohio State strung together six straight points on five kills and an Iowa miscue to go up 8-6. The Hawkeyes regained the advantage at the 15-14 mark and powered forward to claim a 25-19 victory.

SET 4: The Buckeyes erased a five-point deficit to get in front of the Hawkeyes, 11-9. A 3-0 Ohio State run sent Iowa to its bench trailing 21-16. The Buckeyes kept rolling to a 25-18 triumph thanks to a pair of Hawkeye errors and a Franklin-Powell block.

SET 5: Iowa leaped to a 6-2 lead to start the deciding set. Ohio State refused to back down as it battled back to lock the score at 10-all. The Buckeyes used a 4-1 sprint to go ahead 14-12 but Iowa scored the last four points to close the set, 16-14.

In theory, the end of the season, and it’s 12-game losing streak is not by any means a positive note. I will attempt to point out the positive and the negative. So, let’s go with the positive first. Bia Franklin, specifically, seemingly has stepped it up each match. Becca Mauer, as well. This is a positive. They’ll be back. The losses (specifically the in-a-row category) is what it is …. Not good; a disappointment, but a better focus is for next season. The Big Ten is a tough league for Women’s Volleyball. Out of the top twenty, as of this week, the Big Ten has four teams listed: #4 Minnesota; #6 Wisconsin; #11 Nebraska; & # 12 Penn State. Earlier in the season Illinois, Michigan, and Michigan State, also enjoyed rankings. The Big Ten is talented. So, in this league, toughness prevails. Ultimately, what this concludes, is that the Buckeyes did not meet the Big Ten challenge, especially with a 3-17 record within the league.

They got beat up.

Prior to all of that, they were actually 9-3 outside of the league. What can I say? The Big Ten is, in fact, the premiere league in College Women’s Volleyball. I can equate it however I may, but the Buckeyes must recruit equally to the top tier of the league. Bia Franklin’s recruit out of Brazil is a start. Talent needs to come to Columbus. Geoff Carlston has shown his worth in Columbus. He has been consistent in staying within competition of the league (other than this season). So, should he be crucified ? No. The Talent coming into Columbus is good. Unfortunately, coming into a great league only specifies that, well … you gotta get better, or you’ll match a 12-game losing streak.  Time to step it up.

Personally, I enjoyed this season. I was disappointed, yes!  But there was certainly some great play … and some great images for the future.