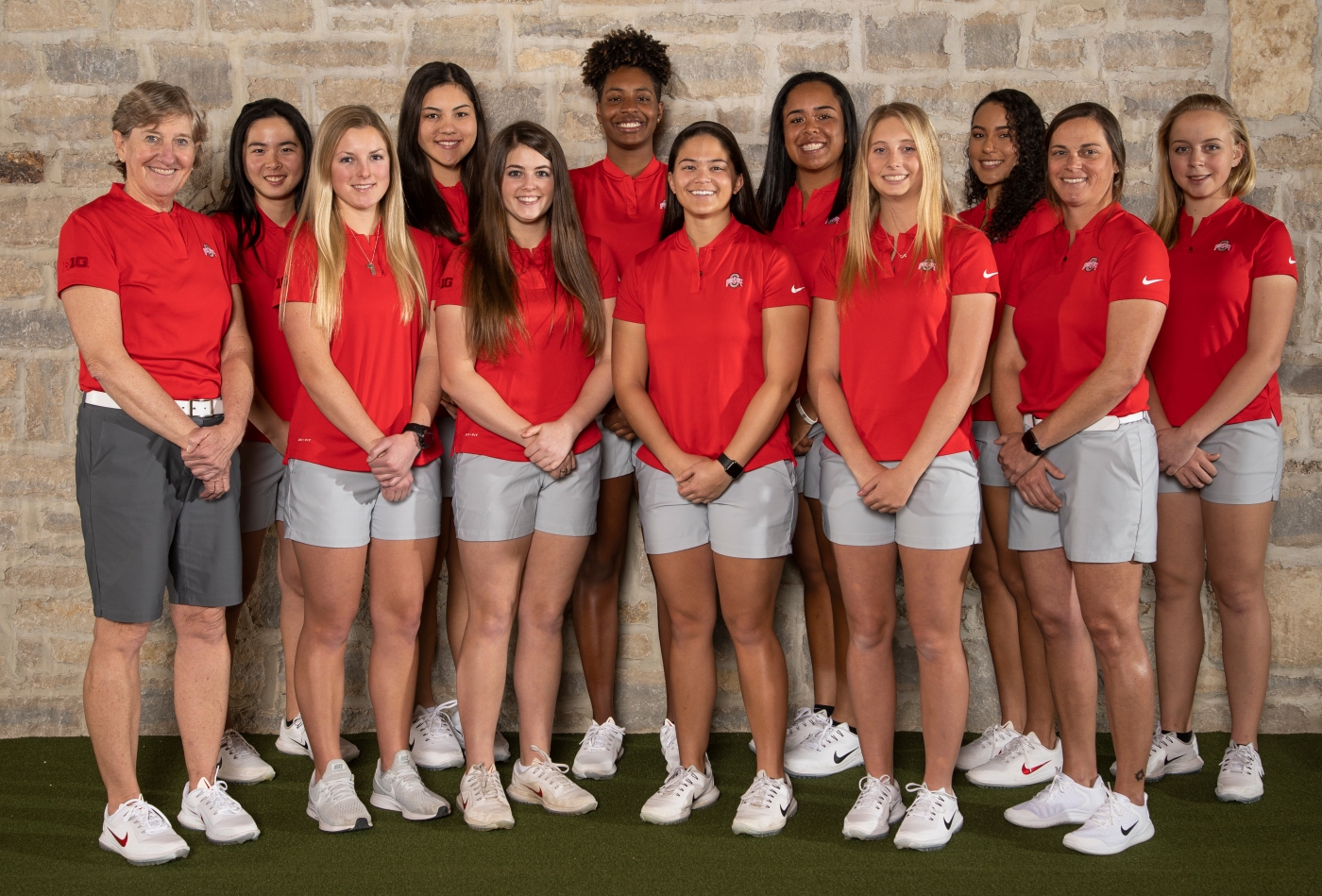 The Buckeyes are in Cle Elum (not a typo) WA for NCAA Regional play. The host course is Tumble Creek Golf Club.

The Tumble Creek Club at Suncadia Resort is set up at 6,306 yards long and plays to a par of 72.

This is  “play 5, count 4” format. This is 54 hole team stroke play. The low six scoring teams, see below, advance to finals competition. The finals will be held May 17-22 in Fayetteville, AR. First things first; the Buckeyes need to qualify.

Play runs Monday, May 6th through Wednesday May 8th.

The 18 team field and their Golfstat Top-50  rankings:

Here is recap of Round 1 play

Ohio State parlayed a second round 295 (+7), the fourth best round of the day, to position itself in a T-6th after two rounds. Their two round aggregate score of 588 (+12) has them tied with UCF and two strokes behind 5th place Northwestern.  Arkansas is in 4th place, five strokes clear of the Buckeyes. Fortunately, Ohio State is paired with Northwestern and Arkansas for the final round and UCF will be two groups in front of them. They’ll know exactly where they stand at all times. 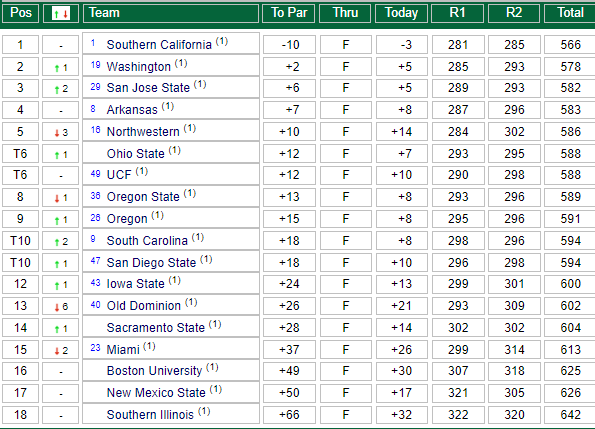 Aneka started steady and finished strongly. She made the turn at even par and was +1 through 11 holes. Aneka birdied 3 of her final 7 holes for a back nine of -2 and her second consecutive round of 70 (-2).

Niki had an interesting round. After starting with a birdie, she played her next seven holes in +3 before a birdie on #9 got her to the turn at +1. She birdied two of her next four holes to go to -1 on the round. Unfortunately, the back nine par-5s done did her in. She played the remaining five holes in +4 to card a round of 75 (+3).

Lauren had a very steady – and well played round. She mixed 3 bogeys and 2 birdies on the front side to make the turn at +1. Lauren’s back nine was a pretty smooth +1 affair of 8 pars and 1 bogey.

Skylar had a tale of two nines. After birdieing the 4th hole, she made five consecutive pars to make the turn at +1. Her back nine was a conglomeration of 2 birdies, 3 bogeys and 2 double bogeys for a +5 and a round of 78 (+6).

Below is a frequency table of how the Buckeyes scored, such as number of birdies, number of pars, etc.

This was the type of round the Buckeyes needed. They played well enough, 4th best score, actually, to move into contention to advance to the Finals. The young Buckeyes need to stay unaffected by their environment. To trot out a worn cliche – every shot counts today.

The final round is Wednesday.