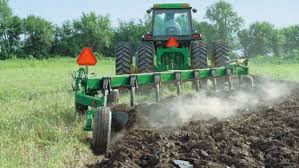 The Buckeyes (5-0, 2-0) were in Lincoln, NE for a supposed challenging away night conference game against the Nebraska Cornhuskers (3-2, 1-1). The touts had Ohio State favored by 17, but that turned out to be far inadequate. Ohio State utilized 3 first half turnovers, a dominant defensive effort and a crushing running game to overpower Nebraska 48-7.

The Husker Black Shirts paled in the face of a first half Buckeye offensive onslaught. In the first 30 minutes, Ohio State amassed 378 yards on 45 plays. More importantly, OSU went into the half with a 38-0 point lead. They forced Nebraska to be on the field for almost 19 minutes.

The Buckeyes scored on each of their 1st half possessions (5 TD, 1 FG). They eased off the pedal a bit in the second half, scoring a TD and a FG in their four 2nd half possessions.

For the game, Ohio State had 580 yards driven by a soul-crushing 368 yards rushing. They converted 10/13 3rd downs to extend drives and exert their dominance.

Justin spread his 15 completions among seven receivers. Although he had only one catch the highlight to me was Garrett Wilson’s TD. He did a nice job of positioning his body to shied the defender and after the catch, his tap-tap-tap footwork in the endzone was outstanding. The “#1 receiver” keeps changing week to week, which is a good thing since Ohio State has a handful of players who could be the #1 receiver, so as a defensive coordinator, who do you concentrate on?

The defense is lucky it was not arraigned on criminal charges, after this game – namely theft and assault.  The Buckeyes were involved with 3 interceptions, 11 tackles-for-loss which included 4 sacks.

They exerted early dominance to really set the tone, and expectation for the game. By halftime, Nebraska had run 28 plays for 76 yards. By this time, Husker QB Adrian Martinez had a QB Rating of, I believe, -39. I didn’t know it was possible to have a negative QB rating.

Chase Young had another sack and another forced fumble. Jeff Okudah had 2 interceptions, one so easy he made it lying on his back. Jordan Fuller had an interception.

Buffalonian Blake Haubeil & Co had a busy day. He was 6-6 on extra points, 2-2 on field goals and kicked off 9 times averaging 55 yards per kick.

Drue Chrisman did make an appearance with one punt, a 59 yard effort. This was at the end of OSU’s first drive in the 4th quarter, so Drue’s leg was well rested for when he was needed.

Chris Olave did not block any punts this game.

There was a reasonable explanation/rationalization of the debacle on the esteemed Nebraska blog site,  Corn Nation. Basically, the gist of it came down to three factors; talent, experience and coaching. I think they hit the salient points on the head. The Buckeyes are much more experienced than Nebraska at the skill positions and more critically, on both lines.

I was glad to see Coach Day play some combinations of starters well into the 4th quarter. At some point, they are going to have to play close to 60 minutes.

Below is a table of quarter-by-quarter activity for both teams.

This table capsulizes the game fairly well. Total dominance in the first half by Ohio State, a 3rd quarter last gasp by Nebraska, then a decompressing of activity in the 4th quarter.

You’ll notice a quirk in Nebraska’s 3rd qtr. statistics – an impressive 8.2 yards per play. This can be attributed to the Huskers’ lone chunk play of the game; a 56 yard run by quarterback Adrian Martinez. That one play accounted for 24% of Nebraska’s total offense for the game.

One thought on “Buckeyes Turn Over Huskers, 48-7”