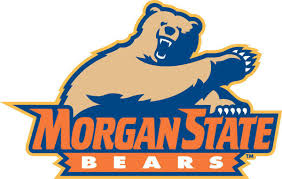 A lot of times. I’ll mentally write the game recap well before the game is played. The same goes for this game – why in the hell was this game even scheduled? Morgan State is not a good team (the line is OSU -27.5), an win won’t necessarily enhance OSU’s standing and there is the possibility of one or more payers (looking at you, Andre) being injured. Maybe this game is a placeholder for the Buckeyes between the Kent State game on November 25th and the upcoming game , December 4th, against North Carolina.

The Brothers Wesson had quite the evening. In 39 minutes of combined playing time, they totaled 32 points, 15 rebounds and 3 assists.  Andre had an incredible evening. In his Game of Perfection©, he was 4-4 from the field, all 3-pointers and 7-7 from the free throw line.

Morgan State played much better offensively in the second half, scoring 39 points on 48% shooting. As good as that was, they couldn’t keep pace with Ohio State’s 45 second half points on 47% shooting. Danny Hummer had the honor of scoring the Buckeyes’ last points of the game with a 3-pointer with 1:21 remaining to end the scoring, 90-57.

The Buckeyes had three players in double figures. Andre Wesson had 19 points, Kaleb Wesson had 13 and CJ Walker had 10.   Twelve of the thirteen players scored for Ohio State.   Kaleb grabbed a team high 8 rebounds with Andre and Alonzo Gaffney each 7.  Kaleb and CJ each had 2 assists.

The Bears had one player in double figures. Stanley Davis, Jr. had 13 points. That’s it. Troy Baxter, Jr. had 8 rebounds and Isiah Burke had 2 assists.

Pretty much everything. The offense was efficient and balanced.  Ohio State had only three players in double figures but everyone who played, but for one player, Harrison Hookfin, scored. Harrison had no FG nor FT shots in his playing time, so that’s understandable.  Scroll through the box score, below, you see how it happened. The nine players who scored in single digits accounted for 48 points, over 5 points apiece. That’s a lot of chipping in for the team effort.

Bench play was again solid. This number is skewed quite a bit due to Andre Wesson’s performance, but still…  In 111 minutes of the 200 minutes of game time, the non-starters accounted for 44 points, 27 rebounds and 5 assists.

They won, again. That always counts for something.

Morgan State was able to run some well executed back-door cuts against an aggressive/unawares Ohio State. Some layups were made, some weren’t, but this will provide some valuable film and skill (situation awareness) teaching points for coaches. 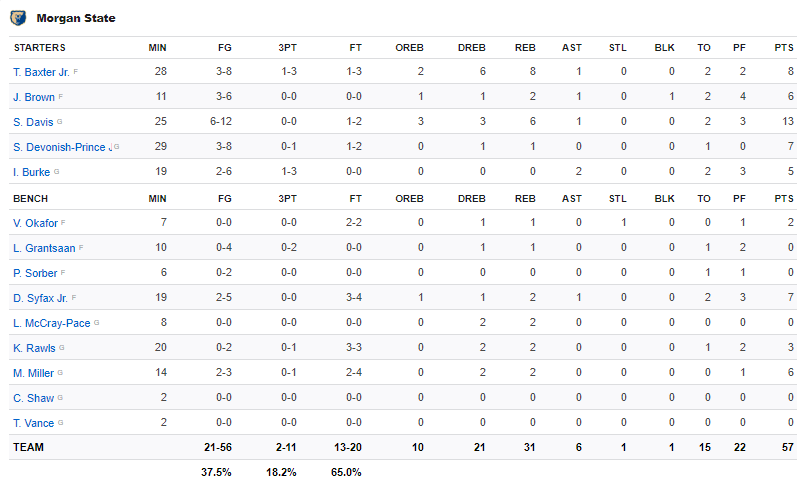 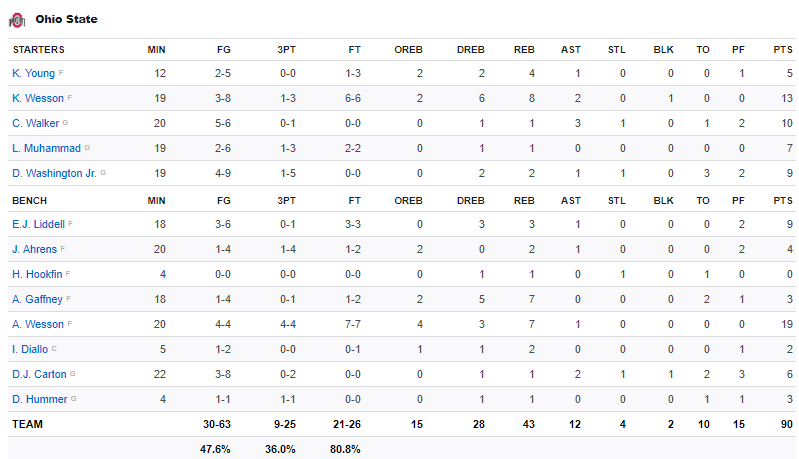 The Buckeyes travel to the Dan Smith Center to play the North Carolina Tarheels on December 4th. Tip-off is set for 9:30 pm ET. You can watch the game on ESPN or listen to it on TuneIn. Or both.