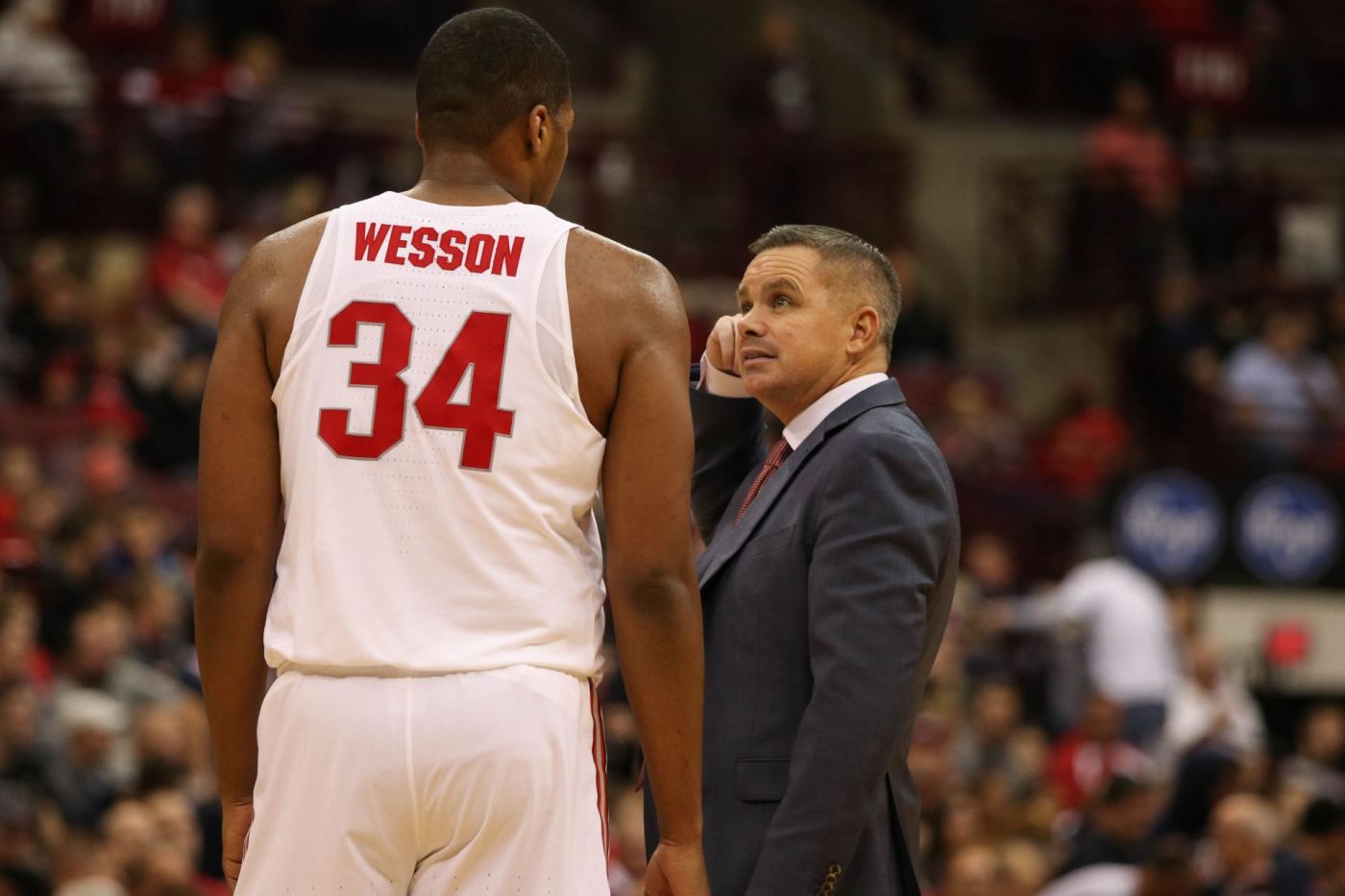 Indiana’s Devonte Green scored 19 points Saturday and Rob Phinisee added another 3 in his first start of the season to propel the Hoosiers past the 11th ranked Buckeyes at home in Bloomington 66-54 – while sending the Buckeyes home in a crisis as they have now lost their fourth straight and falling to 1-4 within league play.

It though was a match-up showing the desperateness, or struggle, of two teams trying to break out of offensive funks.

Indiana missed eight straight shots late in the first half to give away what had been a nine-point lead, and the Buckeyes opened the second half by missing their first shots as a 34-31 halftime lead disappeared.

Even within the scoring droughts, the missed free throws, and embarrassing play, Indiana found a way to pickle-together a late, game-changing 12-0 run. Green’s free throws gave Indiana a 53-45 lead with 7:57 to play and Ohio State never seriously challenged them again, especially with Green still on a mission – still scoring.

Phinisee gave Indiana the early jolt it needed by making his first three 3-pointers, the last one putting Indiana ahead 13-5. And when the Hoosiers extended the lead to 25-16 midway through the half, they clearly showed a path that would ultimately end as it looked at this moment. – a defeat for Ohio State.

The Ohio State University: The Buckeyes haven’t topped 60 points in three weeks (ain’t winning in something like that!); finished with 16 turnovers and went just 2 of 14 from 3-point range in the second half. No wonder that 11-1 start now seems dreamlike. Sadly, it’s all looking unfix-able too. Some tough games are coming up and there appears to be a problem needing a jolt of “something”. Where’s a Robby Benson, as if in the 1977 movie ‘One on One’, when you need one? Because, reality-speaking-here, if these issues cannot be fixed “soon”, then there are more losses on the way.

The Ohio State University: The Buckeyes were 7 of 12 on 3’s in the first half. … They scored only 16 points in the paint, shot 21.4% from the field in the second half and finished with 16 turnovers. … Kaleb Wesson had 10 rebounds and his brother, Andre, had seven. … D.J. Carton scored 10 points. S.O.S. Step up the rest of you!

The Buckeyes head home to face Nebraska. Don’t say it! No January repeat from 2019. This will be a W.