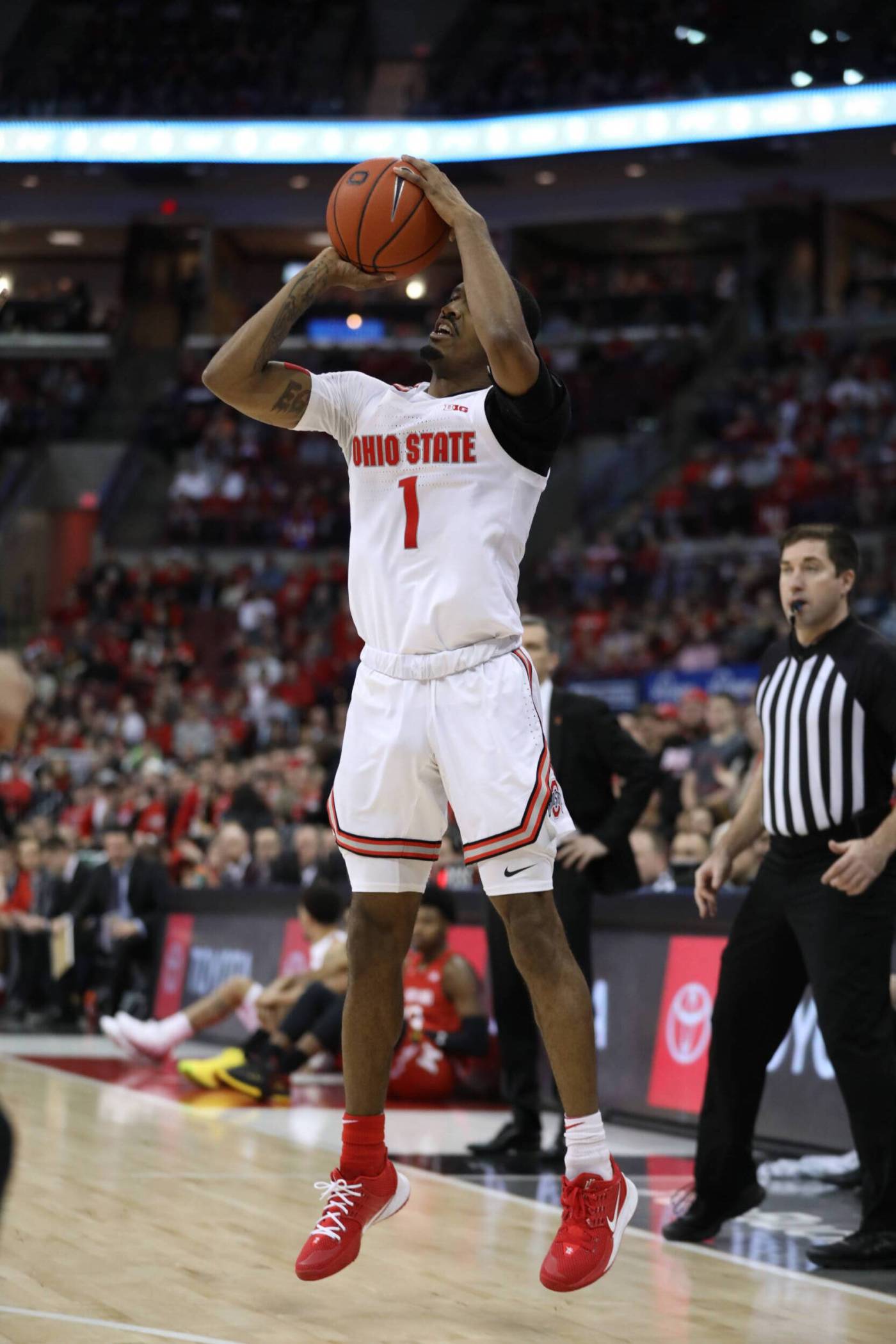 Ohio State hosted Maryland in the return match of the regular season.  The Buckeyes came out on the short end when they last met in College Park on January 7th, 67-55. At that time, Ohio State was ranked #11, but played like a #11 seed with a dismal offensive performance. Things went a good bit differently Sunday afternoon in Columbus. Ohio State’s offense was sharp and they did well in the “high-effort” areas of defense and rebounding.

The Buckeyes had five players score in double figures. Luther Muhammad led with a game high 22 points. He was ably complemented by Kaleb Wesson (15 points, Duane Washington, Jr (13) and Andre Wesson and CJ Walker (12 each). Kaleb gad a game high 9 rebounds and with CJ, had 3 assists.

The Terrapins had four players in double figures. Aaron Wiggins came off the bench to score 20 points. He was followed by Eric Ayala with 16, and Donta Scott and Anthony Cowan with 10 each. Jalen Smith had 7 rebounds and Cowan had a game high 7 assists. 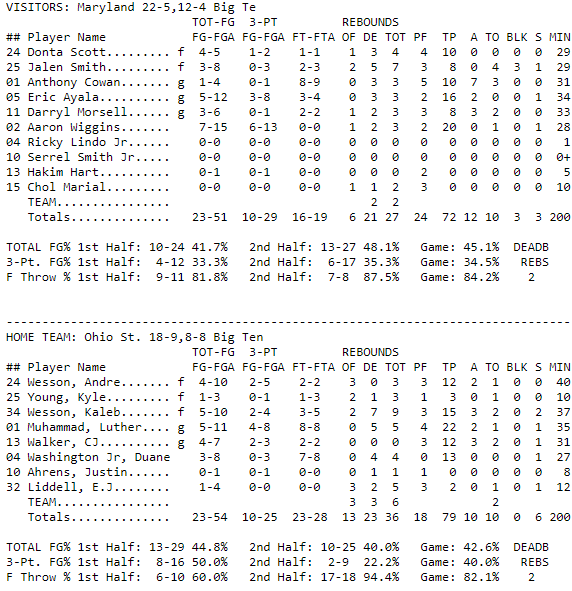 Ohio State is currently in 9th place (edges Indiana in tie-breaker) in the B1G Conference.  TeamRankings.com has them projected to go 2-2 to finish the regular season. Quite possible – they could go anywhere from 3-1 to 1-3 in their final four games.

The problem here is that Kyle Young left the game with 4:30 remaining in the first half with a high ankle sprain. He returned for the second half wearing a boot. When he returns to the lineup is anyone’s guess.

This team is hard to figure out. Other than throw bodies at Kaleb to wear him out / foul him out you never know what you’re getting with these guys. In their loss at Iowa they appeared totally unfocused and inept. Three days later against a Top Ten team, OSU looked as sharp and poised as they have all season.

At this moment, Ohio State’s 9th seed would play Rutgers at #8 seed. The winner would play he #1 seed, Maryland. As of today…

The Buckeyes head to Lincoln, NE for a Thursday night game versus the Cornhuskers. Tip-off is scheduled for 97:00 pm ET. You can watch the game on ESPN2 or listen to it on 97.1 TheFan. Or both.